A RE-INTERPRETATION OF THE SEIKO 1970 DIVER’S WATCH COMMEMORATES THE LIFE AND ACHIEVEMENTS OF ADVENTURER NAOMI UEMURA. 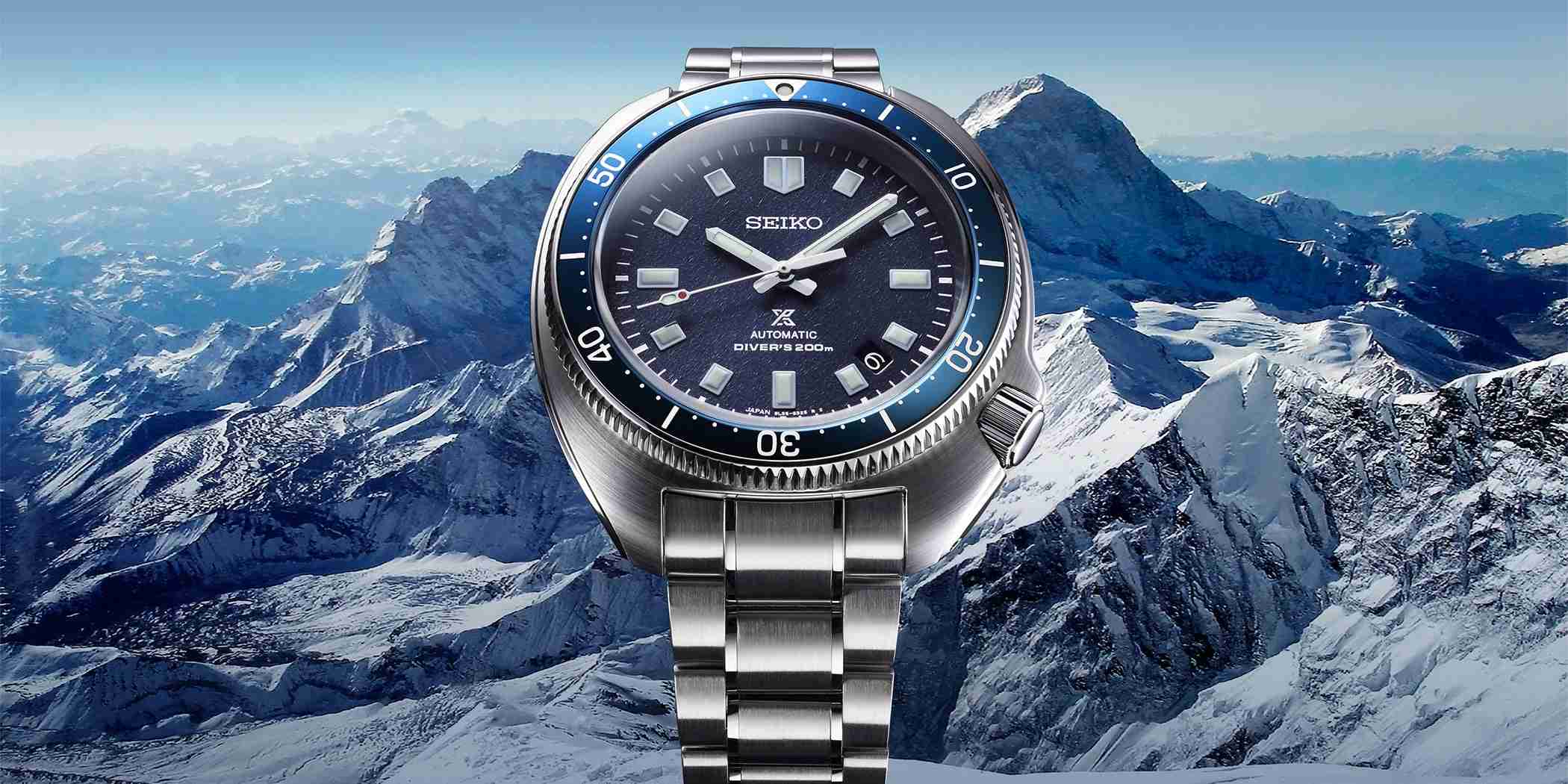 Five years after the introduction of Seiko’s, and Japan’s, first diver’s watch in 1965, Seiko introduced a watch that was as instantly memorable as it was supremely functional. This 1970 diver’s watch had a flowing case design with an asymmetrical extension that protected the crown at the four o’clock position. With its solid construction, 150 meter water resistance, luminous hands and indexes, it was perfect for those who required a timepiece with exceptional strength and visibility. The watch proved its reliability in extreme conditions when it was worn by the Japanese adventurer, Naomi Uemura, in the years 1974 to 1976 when he completed a 12,500km solo dog-sled run from Greenland to Alaska.

2021 marks the 80th anniversary of Naomi Uemura’s birth, and today, a modern re-interpretation of this much-respected diver’s watch commemorates the adventurer’s life and his exceptional achievements.

This commemorative watch echoes the design of the 1970 original but is thoroughly modern in execution. The patterned dial evokes the mountainous terrain that Uemura so loved, and the dial and bezel are in the blue tones of the earth’s upper atmospheric layers that only those who, like him, have been to the roof of the world can see. Uemura was the first person in the world to reach the summits of the highest mountains on all five continents. The case sides are carefully polished and the watch is presented on a five row steel bracelet to create a modern sharp profile. Thanks to the positioning of the calendar between four and five o’clock, all twelve hour markers have a generous coating of Lumibrite, as do the hands, to maximise legibility in the dark. 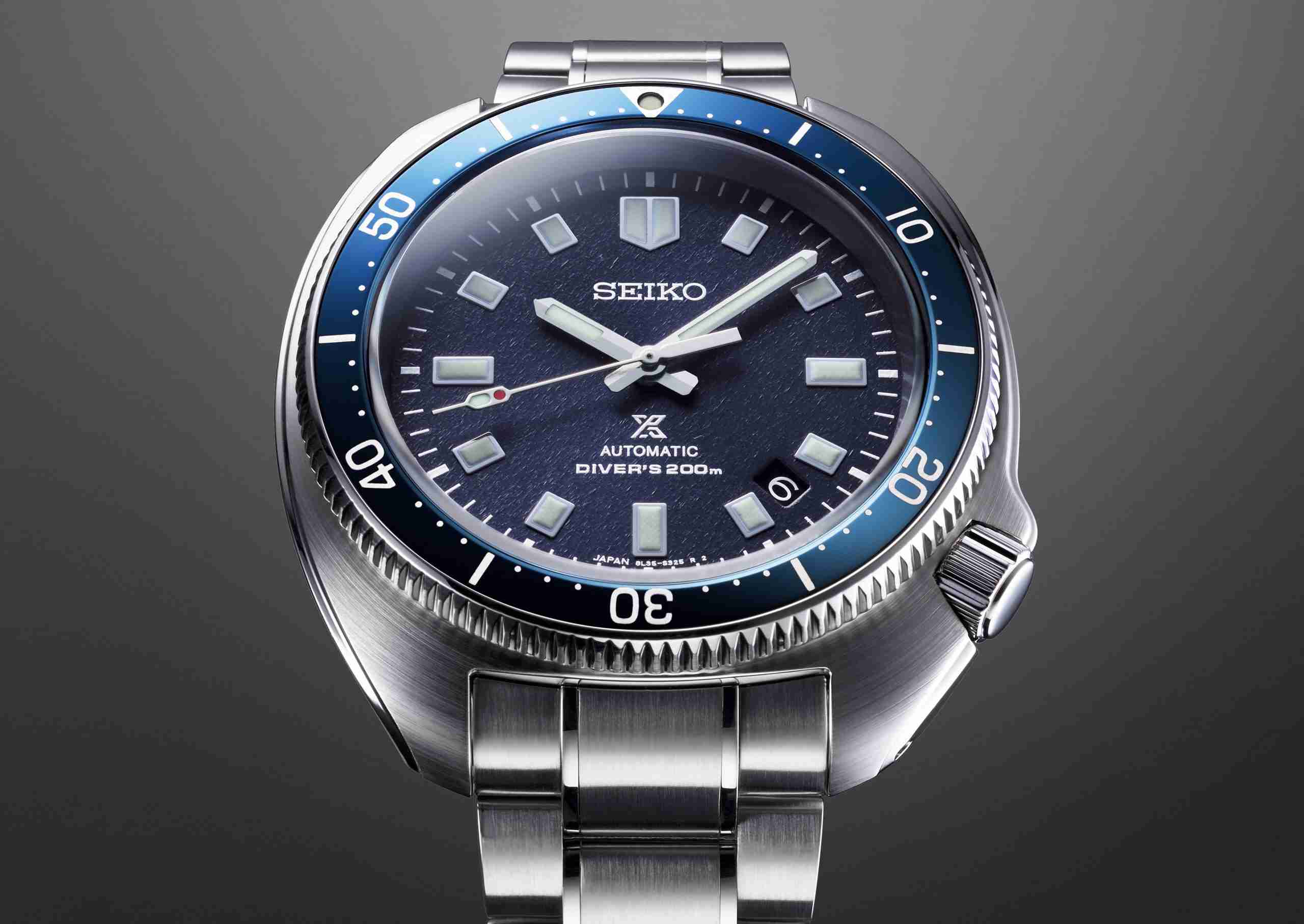 The curved extension of the case fully protects the screw-down crown.

This Uemura inspired timepiece is powered by Caliber 8L35, which was designed especially for diver’s watches by the watchmakers at the Shizukuishi Watch Studio in northern Japan. The case has a super-hard coating to protect the watch from scratches and the crystal is a dualcurved sapphire with anti-reflective coating on the inner surface to ensure high legibility from every angle. The watch has enhanced water resistance to 200 meters. An alternative silicone strap that has the same train track pattern as the original is also offered. 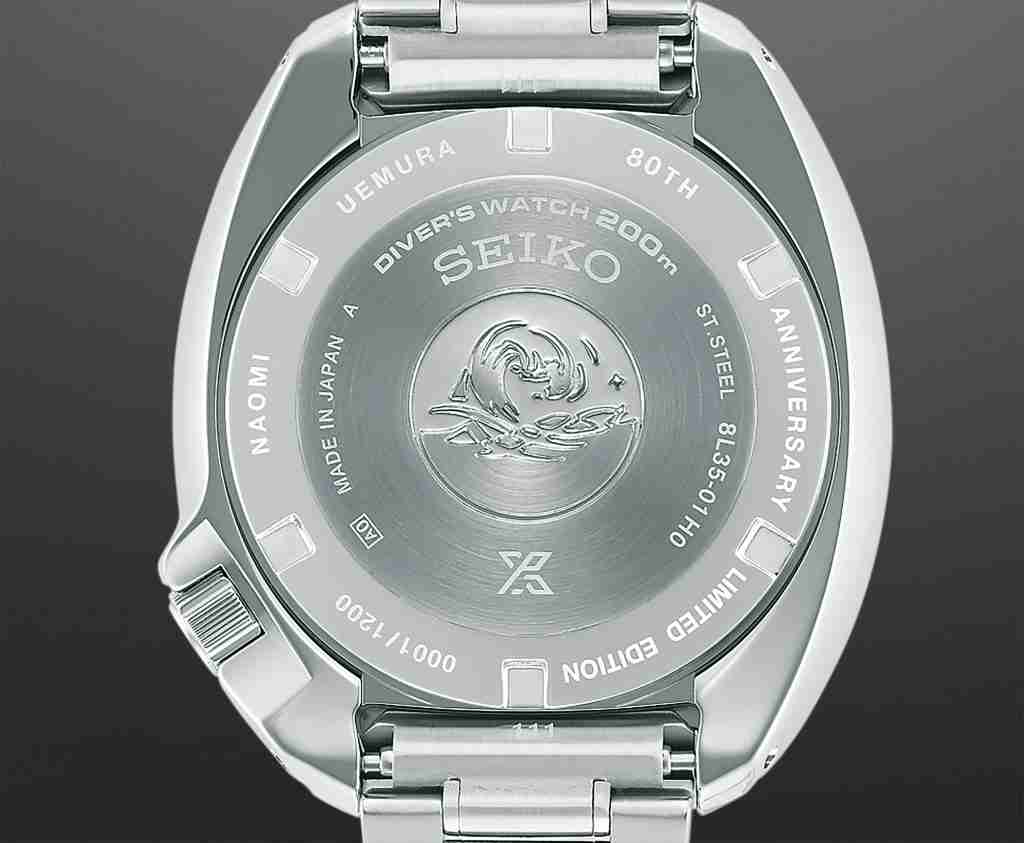 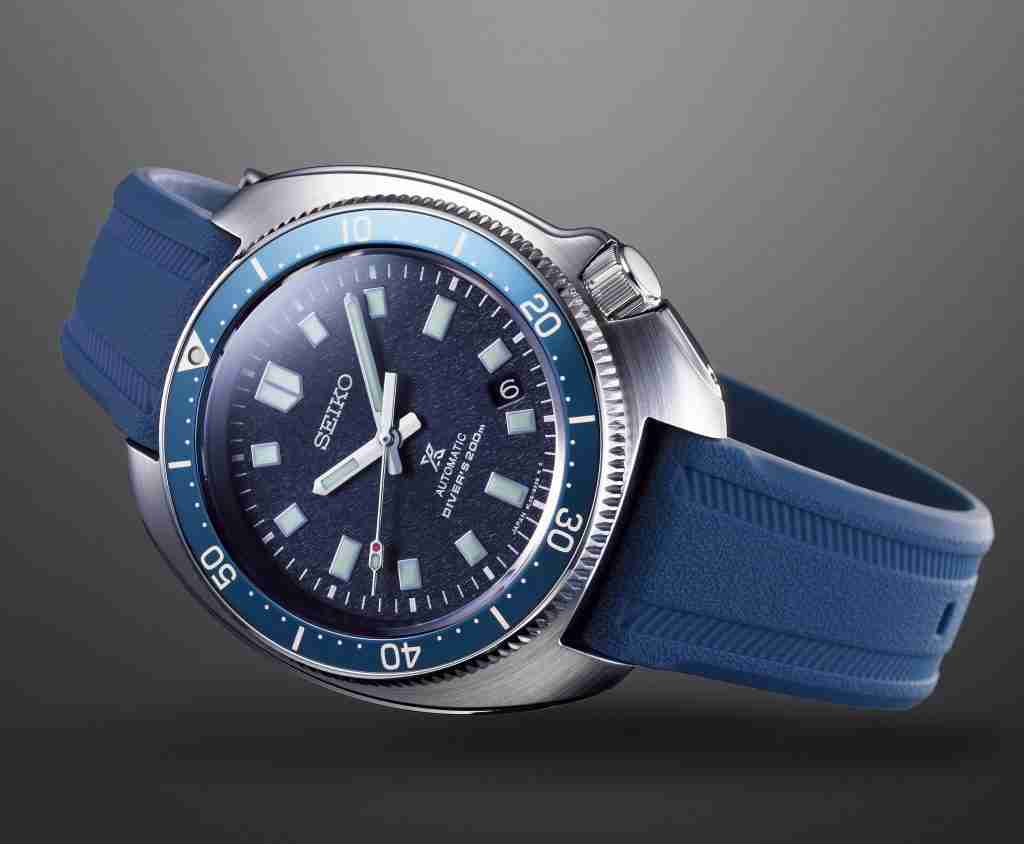 The additional silicone strap has the train track pattern of the original.

A NEW ADDITION TO THE PROSPEX COLLECTION 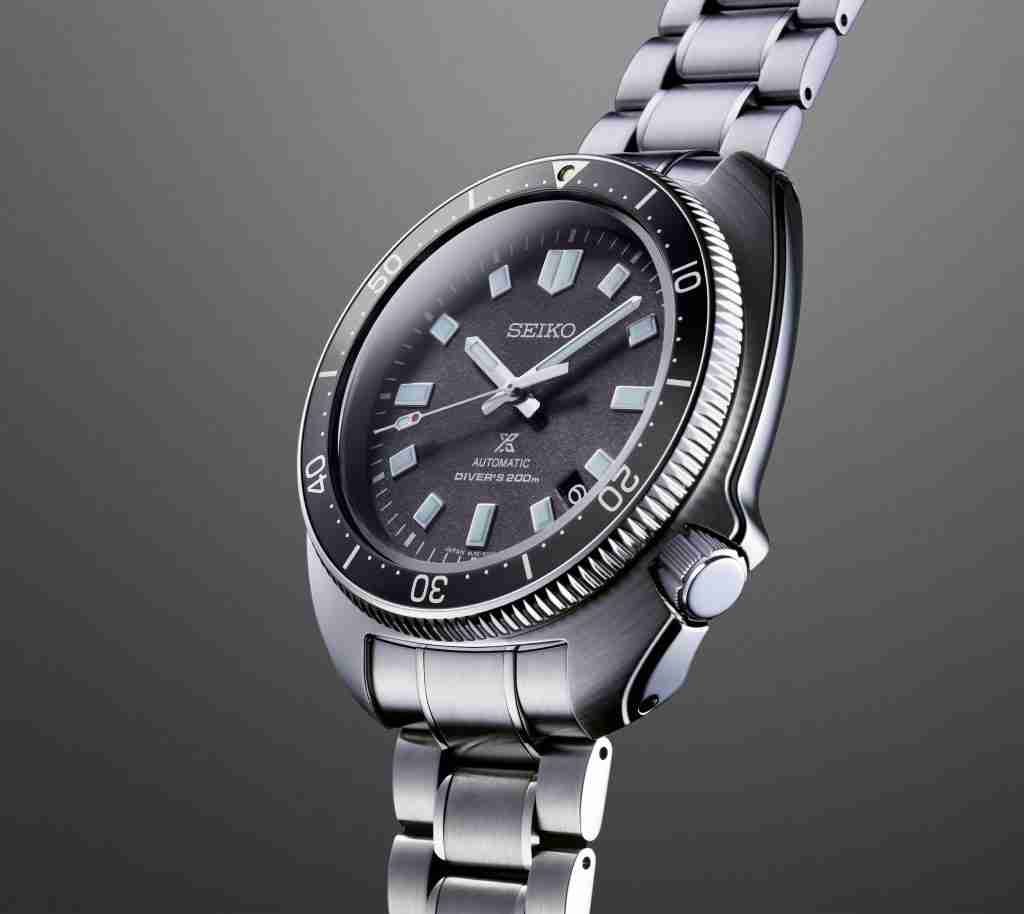 In addition to the limited edition that celebrates the 80th anniversary of Naomi Uemura’s birth, a gray dialed version joins the Prospex collection. The watch shares the same textured pattern dial as the limited edition but is in a charcoal gray color that is similar to the 1970 original. It shares the same case design, features and specifications as the commemorative watch and will also be available at the Seiko Boutiques and selected retail partners worldwide in July 2021. 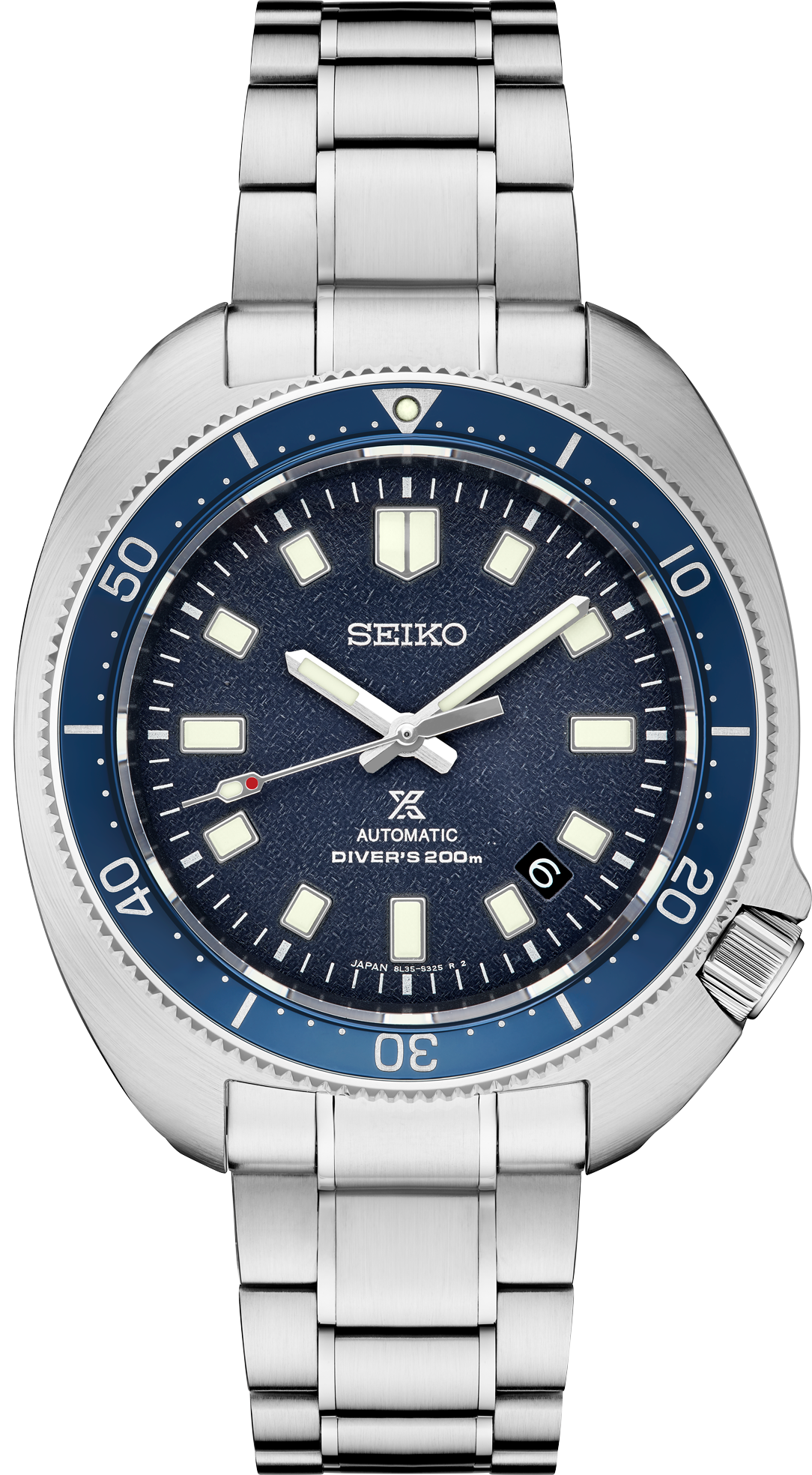 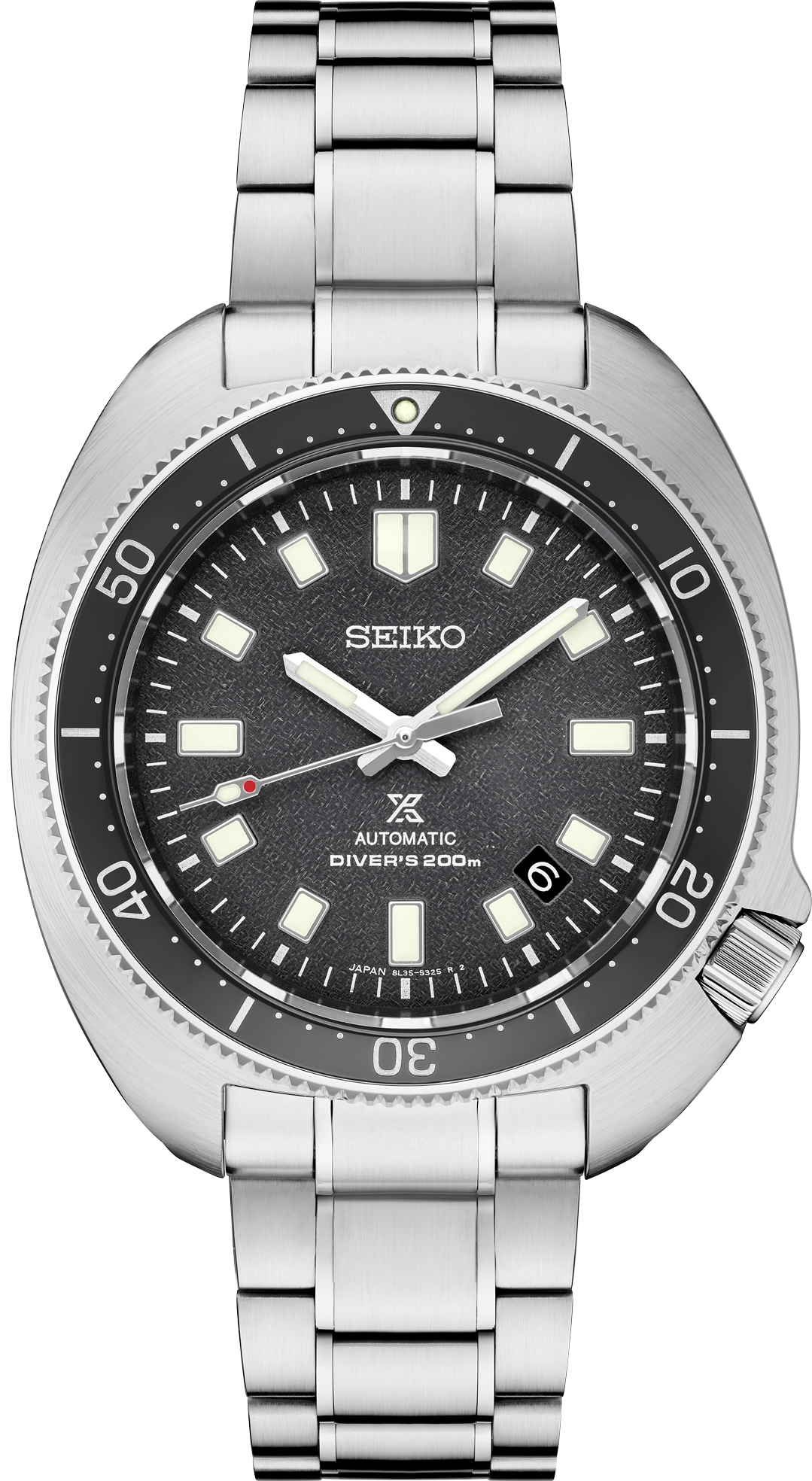 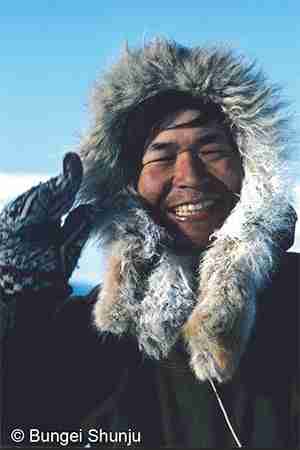 Naomi Uemura. The spirit of Prospex.

Born in 1941, Naomi Uemura was a university student when he took on the challenge of his first mountain climb. By the age of 29, he had climbed Mt. Kilimanjaro, Mont Blanc and the Matterhorn. In 1970, he became the first Japanese mountaineer to reach the summit of Mt Everest. Just three months later, he reached the top of Denali in Alaska (then known as Mt. McKinley) and thus became the first adventurer in the world to reach the tallest peaks on all five continents. In the winter of 1984, he succeeded in climbing Denali in winter but disappeared forever on the descent. Famed for his modesty as much as his achievements, Uemura was given the National Honor award shortly after his disappearance.

Go to compare list
A RE-INTERPRETATION OF THE SEIKO 1970 DIVER’S WATCH COMMEMORATES THE LIFE AND ACHIEVEMENTS OF ADVENTURER NAOMI UEMURA.