Seiko Watch of America has announced the introduction of two extraordinary U.S. Special Editions celebrating the ancient “Seigaiha” or “blue ocean waves” pattern. Exclusively available in the U.S. market, the watches, part of the high-intensity Prospex collection, combine the finest dive watch technology with centuries of tradition and craftsmanship.

First appearing in Japanese art in the sixth century, the layered concentric circles of Seigaiha, while used in other cultures, gained particular prominence as a motif in the art, fabrics and ceramic- and lacquer-ware of Japan, with each arched wave representing surges of good luck, peace and good fortune, as well as power and resilience. The two new watches, with their Seigaiha-patterned dials in vivid blue (SLA053) or deep burgundy (SLA059), add another rich element of symbolism in evoking the role of the moon – a token of enlightenment, dreams and spirituality in both the Shinto and Zen Buddhist traditions – with the blue representing the ocean waves under moonlight and the burgundy, the first rays of sun brightening the dark seas at dawn. Traditional craftsmanship as applied to contemporary technology is reflected in Seiko’s proprietary 8L35 movement, designed with the increased torque necessary for the most demanding dives at the Shizukuishi Watch Studio in Japan’s Iwate Prefecture, a center of ironwork for over 1,000 years and the cradle of Japanese mechanical watchmaking artistry. Here, 60 master craftsmen dedicate themselves to the production of the finest timepieces, imbued by the spirit of the distant mountain ranges and flowing streams, in an exacting journey from parts production through testing, achieving a start-to-finish integration rare in the world today. The 26-jewel automatic 8L35, beating at a frequency of 28,800 vibrations per hour, with a power reserve of approximately 50 hours and manual winding capability, represents the culmination of generations of technological excellence.

The blue dial version, with black hard-coated case and black silicone strap, will be available only in a controlled-production run of 500, with the serial number engraved on each caseback. The burgundy dial variation, featuring a super-hard coated stainless steel bracelet with tri-fold push-button release clasp and slide adjuster, also offers an additional black silicone strap. Both will be packaged in special collectors’ boxes, including a unique explanatory scroll and the unique gift of coordinating Seigaiha-pattern cufflinks.

To learn more about this collection visit https://seikoluxe.com/collections/seigaiha 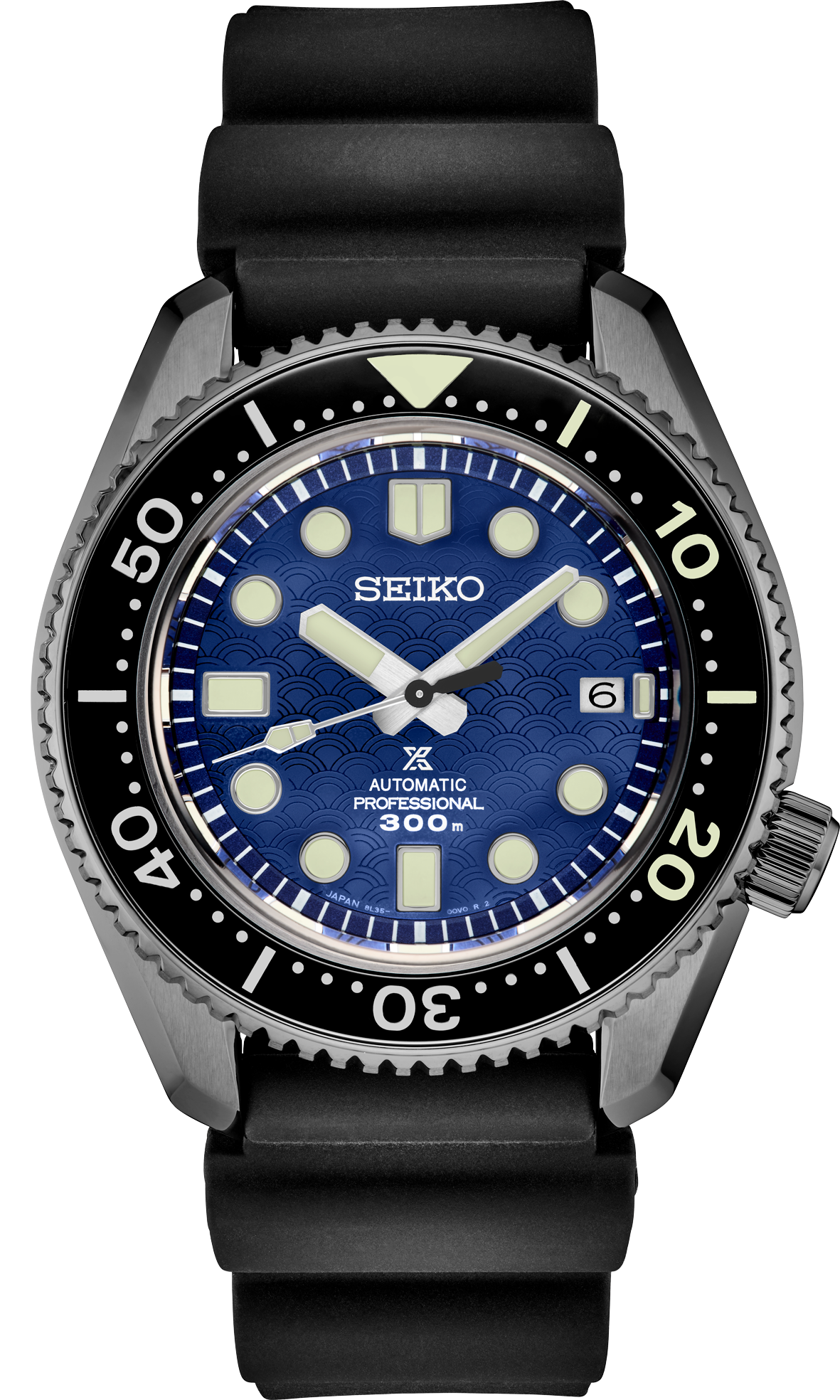 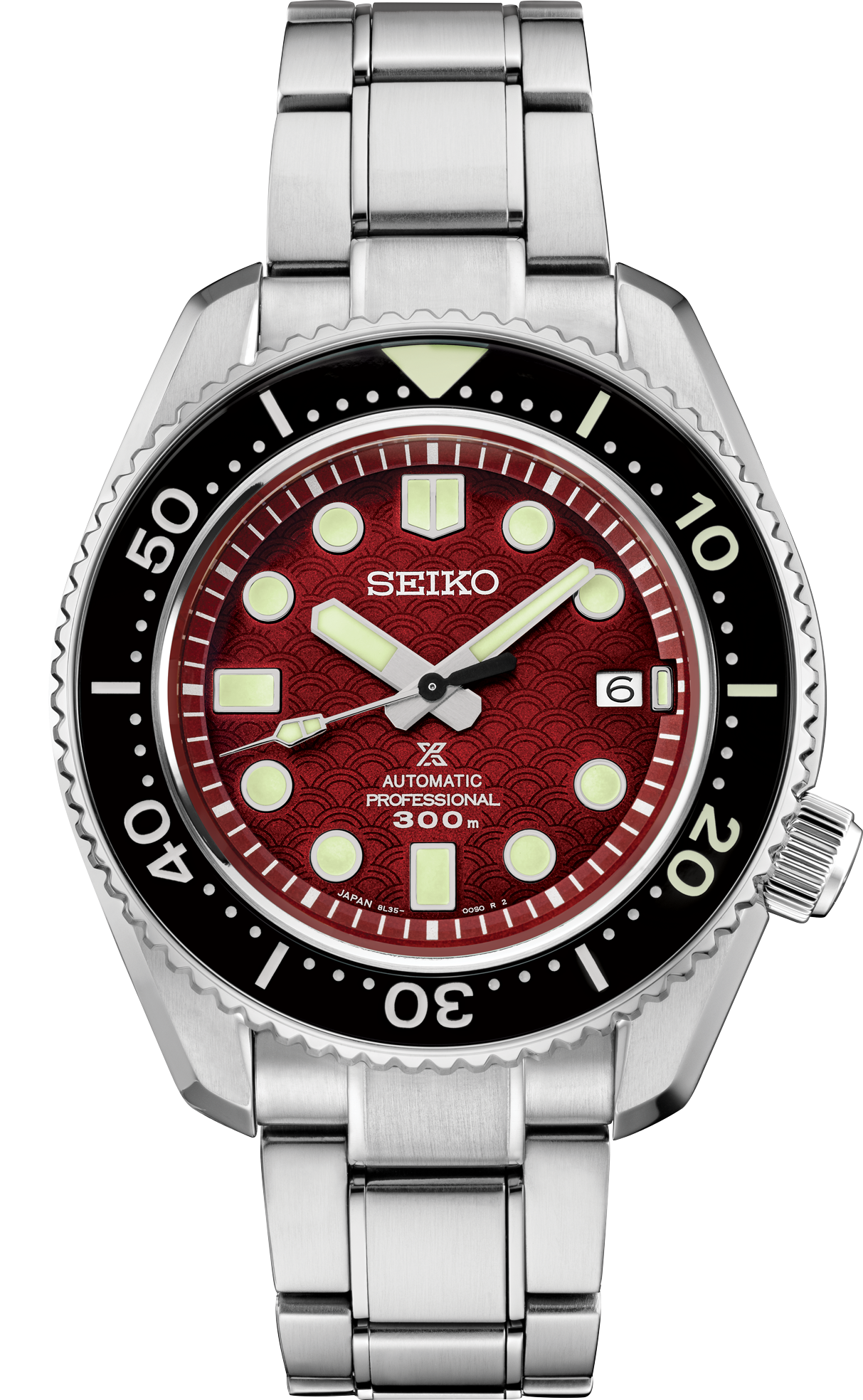